The blogosphere has opened up the public discourse to a much wider and diverse audience. Bloggers now have enviable followers. Are they replacing the traditional media? Our team at Script Consultants debates this often since we have over two decades of collective journalism experience.

There is no reason to mourn the death of traditional journalism based on the closure of a few newspapers and magazines because journalism is not dead. In fact, the situation is far from it. The Internet is just another form of media that has changed the way news is experienced. Digital news has become instantaneous, combining images, videos and interactive graphics and including dozens of other tools making them more up-to-date and powerful than traditional ones.

Today, the concept of news has changed—it has become more of a social experience as it is more participatory. Whether you are sharing news links, commenting or writing blog posts, you are participating in the news making and disseminating process. Though most breaking stories still come from traditional media, social media platforms like blogs influence a story’s overall impact.

If you do a quick review of blogs you will notice that stories covered in blogs differ quite a bit from the stories that lead in mainstream media. This is because bloggers can focus or maintain focus on stories that traditional media do not highlight or follow up as they can write about issues they are passionate about and/or elicit emotions—in other words, they personalise news stories. Each blog post is like an OPED page giving personal commentary unlike traditional news reports that are non-partisan in nature.

Blogs are supposed to be fun and freewheeling and are written in a conversational tone that encourages dialogue. They cover subjects serious and esoteric, personal and public, local and international. After becoming convinced that blogging is not only fun but has a special appeal to readers, The Dallas Morning News in July 2003 launched the U.S.’s first editorial board blog “to openly discuss hot topics and issues among its members and with readers”.

Another vital role blogs play is in monitoring the information that is being disseminated to the public. They can immediately correct the record when there are attempts by stakeholders in misleading the public about important facts and when the mainstream media is slow to act.

Blogs are efficient in clarifying complicated issues. Often due to lack of time or space, major media outlets are unable to provide a clear picture about a complex matter. There is a gap between what is being said and what is being understood, and blogs can help fill this void.

Democratisation of the media

The blogosphere has opened up the public discourse to a much wider and diverse audience. Previously, only a handful of established journalists and commentators were allowed to shape public opinion but now anybody can pitch in as long as they can produce persuasive arguments. Media credentials are not necessarily required—substance is.

The appetite for blogs is so great today that mainstream newsrooms are employing bloggers to contribute to their websites. Lately, many have started recognising the work bloggers do to break stories. In 2010, Associated Press announced that it would start citing bloggers as a news source. This announcement was monumental because it gave legitimacy to the blogging community and had wider implications on how bloggers influence and set the news agenda.

TBD.com is a news site based in Washington D.C. that shows what is possible when you combine traditional journalists, bloggers and other online news sources into an “integrated newsroom”. According to the owners, it “brings together local blogs and websites covering neighbourhoods and community life through the Washington metro area.” This is just an example of what is possible as we look for new ways to consume news, and publishers look for new ways to monetise content.

Blogs like the Huffington Post, Business Insider, TMZ and Mashable are so popular that some of their original content is utilised by news organisations across the world. These blogs have altered the news landscape by changing the way news is broken and how people receive their news. Journalists no longer have to be on the ground or depend on public relations professionals for access to information. Thanks to blogs and other social media, they can now connect with stories easier and quicker by Googling the relevant topic. For businesses, while placement of news stories in mainstream media is still important, blogs such as The Huffington Post and The Daily Beast have the same clout. Traditional media is no longer the gatekeeper of news it once was.

Not all blogs out there are reliable or have newsworthy content but credible ones have transitioned to standalone news sites because of the quality of content. The changing news landscape has not only taken a toll on the print media but there are signs that television news has become vulnerable as it slowly loses its hold on the current generation of news consumers. With the proliferation of the Internet and the advent of smart phones, news consumption habits are changing at a pace that is hard to keep up.

ENTER YOUR EMAIL ADDRESS BELOW TO BE THE FIRST TO HEAR OF OUR BLOGS.

How do you approach a journalist? 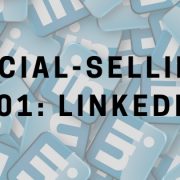 Social-selling 101: mastering the art of marketing through LinkedIn Messenger 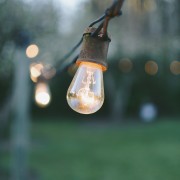 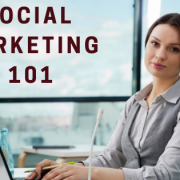 Social marketing 101: the art of selling on social media
0 replies

Want to join the discussion?
Feel free to contribute!

This site uses Akismet to reduce spam. Learn how your comment data is processed.

ABCs of start-ups storming the world

How Apps Transform The Way We Live
Scroll to top